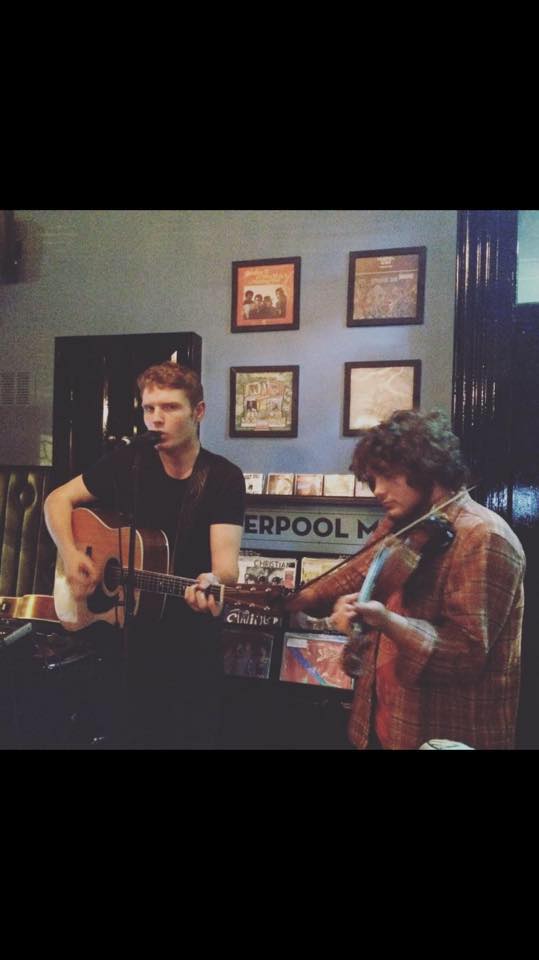 Danny Boland is a singer/songwriter based in Liverpool.

His wide vocal range makes him able to sing a variety of genres, from blues to folk to electric and most styles in between. He performs his own original compositions as well as arrangements of other people’s songs (from 1930’s to modern, both obscure and classic), but his roots are really in folk (mainly Irish, British and American). His guitars are important to him, and he mainly uses Martin 6 & 12 string ‘dreadnought’ acoustics, plus a road worn chrome-plated steel national slide guitar. He also plays harmonica (using a different harp for every key, complete with vintage ‘Green Bullet’ mic and Fender Junior tube amp), plus banjo, ukulele, mandolin and a little piano. He enjoys studio work but is most at home performing live, with a band or solo, playing anywhere from the street to café’s, pubs and big concert venues. He has numerous musical influences. Bob Dylan, The Beatles, Ed Sheeran and Muddy Waters are certainly close to the top of the list.