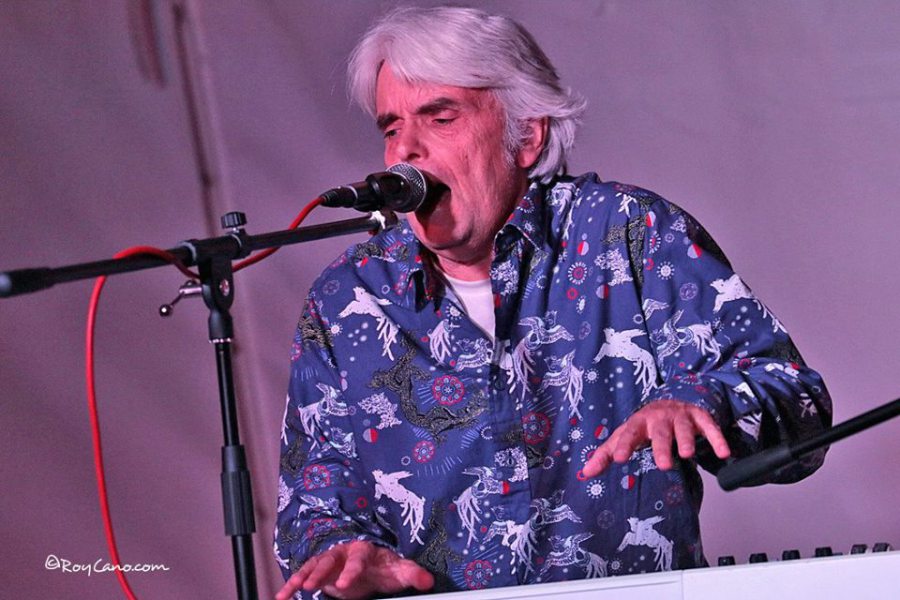 I began piano lessons in 1960 and as that amazing decade progressed, everything I heard had an affect on the way I played. Pop music grew ever more exciting and complex thanks to The Beatles, Brian Wilson and others. As the 70s approached I was able to see for myself some of the great psychedelic and progressive bands – The Grateful Dead, Captain Beefheart, Yes and King Crimson. And if that wasn’t enough there was blues, soul, R&B and jazz. Meanwhile I never lost my love of classical music, particularly the more dramatic stuff like Shostakovich and Mahler.
In 1969 I was ready to join my first band. I spent a few years slogging round the country in a Transit van with a band called White Myth – paying my dues, as they say. Then in 1973 I joined one of the biggest rock bands of the time, Mott The Hoople. A year earlier they had had a massive hit with All The Young Dudes, a song that was written for them by one of their biggest fans, David Bowie. I played Hammond organ with them on several tours of the USA and UK, playing at venues like the Hollywood Palladium and Madison Square Garden. Our support acts included Aerosmith, Queen, Joe Walsh and Iggy Pop.
I joined Dexys Midnight Runners in 1984 as they were about to record a new album – Don’t Stand Me Down. Their music had changed dramatically since the number-one hit singles Geno and Come On Eileen, for which they are still best known. After making the album we toured the UK and Europe as a powerful 12-piece band. Here is the way some reviewers described it: ‘one of the peaks of the 1980s’, ‘the music floats and grooves with effortless clarity and style’, ‘it might be the greatest record of all time’.
I later toured and recorded with Irish singer/songwriter Paul Brady, playing on the same bill as U2, Van Morrison, Tina Turner and many more.
And I enjoyed many years working with Linda McCartney, recording and writing songs with her.
So you’ll hear all of the above and more in the music I now love to play. Just come along to one of my gigs and enjoy the ride, wherever it may take me!